All in One Offer! | Access Unlimited Courses in any category starting at just $29. Signup today. Offer Ends in: 9 Days! 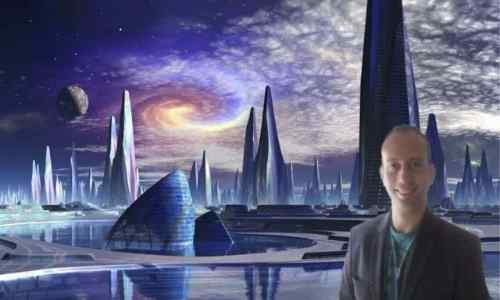 Predictions for the New Age

In this course we will talk about the upcoming Earth Changes and the New Golden Age that will come afterwards. We will talk about how it will be like to live in the new world, including what politics would be like, economics, geography, government and much more.

We are on the verge of a significant change of Universal Age, and it is now important at this time to become fully aware that we are in fact surrounded by millions of other worlds teeming with intelligent life. Most of them are vastly more advanced than our own world, living on higher Planes/Dimensions with a higher vibration-rate than Earth's dense-physical 'Third Dimension'. A large group of these worlds have been closely watching over us since WW II with millions of their Motherships invisibly surrounding us, ready to assist us at any moment to fulfill our Ascension up to a Fourth Dimensional 'New Earth'. They also have had an important function in shielding us from any unwarranted intrusions or attacks by those Forces of Darkness that unfortunately still exist within our Galaxy. However, they have never wished to directly interpose themselves on our World, as any interference without our express invitation would be wrong karmaically.

Most of us, as the 'Explorer Race' have volunteered to come to Planet Earth expressly to partake in a planetary experiment in overcoming/resolving the Duality inherent in our Universe of Good and Evil - the eternal fight between the Forces of Light and Darkness - the Positive versus the Negative. This difficult process has actually been assisted by our being shrouded from contact with all the other Worlds under a Higher level Spiriutal Agreement made in volunteering to participate in the 'Duality Experiment' as a 'Veil of Forgetfullness', so that we could pursue this experiment on behalf of the Cosmic Creator without distraction or undue outside interference. However, this 'Veil' also became a part of a post 'Lucifer Rebellion' 'Quarantine' imposed upon our Planet over two - hundred thousand years ago, along with 37 other Planets in our Local System of Satania, a section of our 'Milky Way' Galaxy / Local Universe of Nebadon by the ruling Grand Universe Hierarchy.This 'Veil' has had the effect of cutting us off from direct contact with all the other surrounding Worlds and of any knowledge of their inhabitants.On the other hand this 'Veil' has given us a unique opportunity to concentrate, un - influenced by outsiders, on our special Planetary experiment in exploring the ultimate extremes of Duality between the Forces of Good and Evil.We have undertaken this difficult task in order to develop new solutions, not only for our own World, but also for the benefit of many other Worlds. In addition, this 'Veil of Forgetfullness' has at the same time prevented us at any time from opting - out of our agreed Earth Planet experiment and escaping to the peace of the Higher Spiritual Planes.

Our Space Brothers from more advanced worlds have had to limit our knowledge of their presence to only to those Earth Humans who either had a direct connection with them in a previous life or who had over many lives developed an extra-sensory psychic ability to communicate through channeling. Nonetheless, our Extraterrestrial visitors have at times tried to communicate directly with either our Governments or our media, especially so in a wish to warn them of the extreme dangers of our development and use of atomic weapons, and particularly the Hydrogen bomb. They did also have come to warn us of the coming 'Earth Changes' associated with the ending of one Major Age Period and the approach of a New Age. However, Governments fearing the loss of their control over us, have conducted a major 'Cover Up' of U.F.O.s and Extraterrestrial visitors since World War II, and at the same time intimidated the World's Media into ignoring any reports of their appearances in our skies. In the meantime, the Governments have quietly created their own secret files of all the numerous UFO sightings supplied by their Military Forces and filed them away in Top-Secret Archives, even though having at the same time secretly interacting with some of these extraterrestrial visitors.

Hi :) I hope you'll let me share with you some wonderful teachings. I hold a PhD in Mythology & Occultism from Bircham University. I've been researching different spiritual and religious teachings, ancient and modern texts and the occult for the past decade. I specialize in channeled teachings. These are teachings that were transmitted to people from beings on the other side! I travelled the world in my quest to uncover hidden knowledge. I celebrated the new moon at a witch coven in New Zealand, I witnessed how a blind person begins to see in Mexico and helped ghosts complete their transition in Colombia. Research for me is not only about reading books, it's about people and culture. I uncover hidden knowledge about different planes of existence, enhancing psychic abilities, manipulating energies, how to heal and perform miracles, what happens after death, how to initiate an out of body experience and even extraterrestrial teachings and philosophies. These teachings are timeless and can help us find peace, tranquility and evolve spiritually. My goal in my courses is to help students find that inner peace and expand their consciousness. I hope you'll let me become a friend and a guide to this crazy world of hidden and sacred knowledge.
View More...

Predictions for the New Age

Total : $50
Add all to cart
Sign Up & Start Learning
Login and enjoy learning
Create New Password
Enter your email address and we'll send you a link to reset your password.