All in One Offer! | Access Unlimited Courses in any category starting at just $29. Signup today. Offer Ends in: 4 Days! 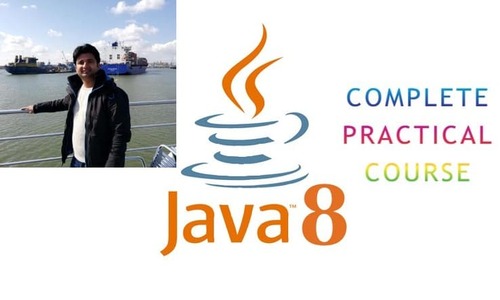 Your wait for the practical hands-on course on Java-8 is over. This course is structured with a key focus on learning by doing.

In this course, you will learn below Java-8 concepts and techniques in a hands-on based approach:

You will get the source code of every topic with examples so that you can refer to them while learning the concepts.

Topics are explained with examples and notes are taken by writing comments on the code, which will help in future reference of the concepts.

You can bookmark any topic while watching and you can ask your questions in the question forum.