5 days left at this price!

Welcome to the most complete ,Interactive,Real Time scenario Based and scratch to advanced level course for learning and Using docker,docker volume,docker network,docker compose,docker file containers end-to-end, from development and testing, to server deployments and production.docker swarm with master-worker configuration - orchestration tool for cluster, kubernetes - controlling containers in depth  taught by

An DevOps Enginnner,Linux System Administrator,AWS Administrator and based on Interview Experienced which i faced during my struggling  days to till date.

I have conclude or share all my 8 years of IT Experience in this course by use of all these technologies.

Starting out with Containerization & Virtualization than moving toward Cluster Concept like Docker-Swarm and Kubernetest. This course starts out assuming you're new to DevOps Tool.

"I've another course on (learnfly).But this course is more in depth.when it comes to all the git,github,jenins,docker,docker-swarm,kubernetes,Ansible, this is the course to become real Devops Engineer"

Why should you learn from me and Why to trust me to teach you DevOps?

I am having 8 Years of Experience in IT Industry as DevOps engineer with expertise in Linux and AWS administration.

I am an B.E Graduate in Computer Science Engineer.

I have worked with different roles and responsibility during this period of time such as Linux rdministrator , AWS rdministrator and currently working as DevOPs engineer.

I have already many courses in lernfly : "Devops methodology with devops tools from Scratch to advanced level","Mastery in Corporate linux From scratch to  advanced level with Review 4.7

Bonus: Please write Q&A and will answering it within 24 hrs.

Section 8 : DELETING DOCKER IMAGES AND CONTAINER WHICH IS INACTIVE

I am having 8 Years of Experience in IT Industry as DevOps Engineer with Expertise in Linux,AWS,Virtualization,Shell Scripting,Python and DevOps Tools. I am an B.E Graduate in Computer Science Engineer. I have worked with different Roles and Responsibility during this period of time such as Linux Administrator , AWS Administrator and Currently Working as DevOPs Engineer. I have worked with many companies Such as Onmobile,HPE,Cognizant,Indecomm,Intuit,Oracle and HCL with Different Technologies like Linux(RHEL,CentOS,Ubuntu,Fedora),UNIX,Application Server,Web Server,FTP,DNS,NFS,SMABA,LDAP,BONDING,Cluster ,VMWare,AWS,Shell Scripting,DevOps Tools Git,Github,Jenkins,Maven,Docker,Kubernetes,Ansible,Nagios,Cloudwatch...etc
View More... 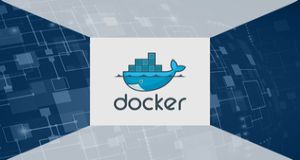 Kubernetes and Docker: The Containe... 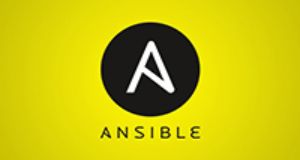 Ansible for the DevOps Beginners & ... 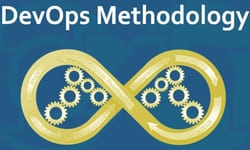