All in One Offer! | Access Unlimited Courses in any category starting at just $29. Signup today. Offer Ends in: 8 Days! 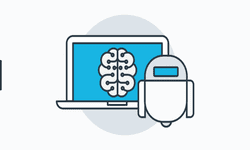 I am a pioneering, talented and security-oriented Android/iOS Mobile and PHP/Python Web Developer Application Developer offering more than eight years’ overall IT experience which involves designing, implementing, integrating, testing and supporting impact-full web and mobile applications. I am a Post Graduate Masters Degree holder in Computer Science and Engineering. My experience with PHP/Python Programming is an added advantage for server-based Android and iOS Client Applications. I am currently serving full-time as a Senior Solution Architect managing my client's projects from start to finish to ensure high-quality, innovative and functional design.
View More...